Shimamura Music was founded in 1962 by Mototsugu Shimamura and opened its first music school that same year with 48 students. Musical instrument sales were later started for students who had a desire to learn but were unable to practice at home. We have since expanded our business, with most of our new stores opening in major shopping centers throughout Japan. Shimamura Music has become the largest musical instruments retailer in Japan, with annual sales of JPY 35.3 billion*1 (US$313.0 million) and 164 locations*2 nationwide, and the third largest music school operator, after Yamaha and Kawai. We also opened our first overseas store in Beijing in September, 2015. 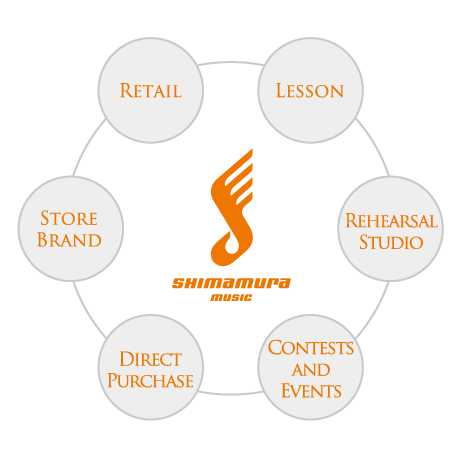 If you have any questions, please feel free to contact us via E-Mail.